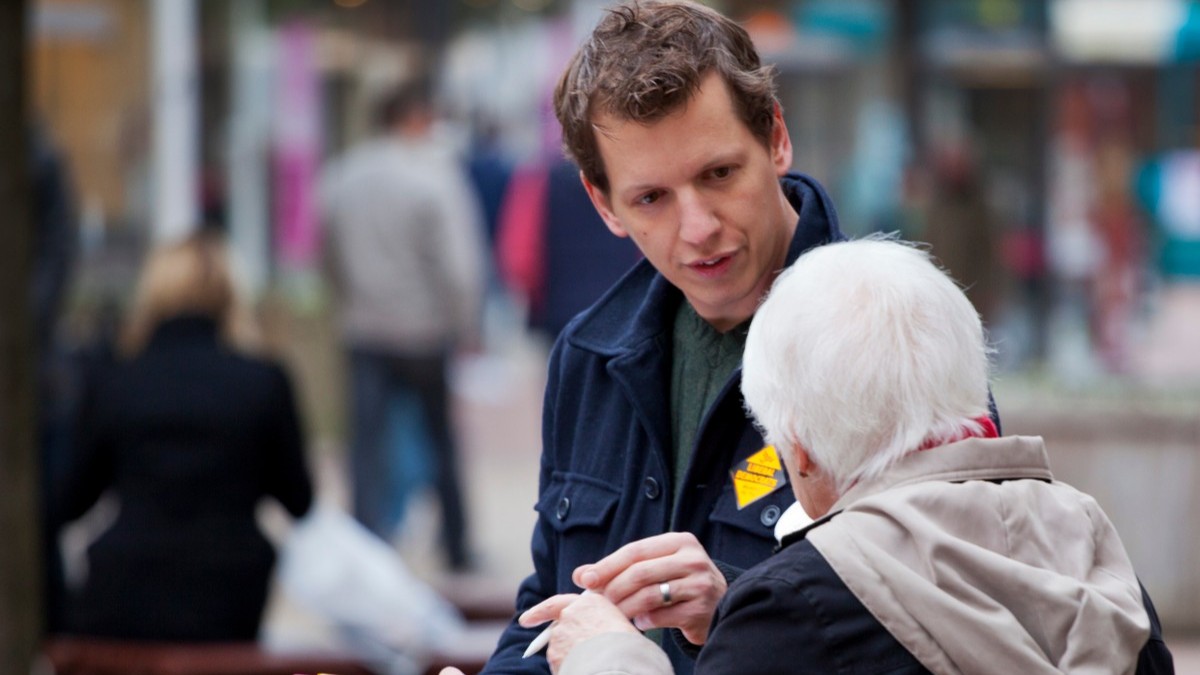 A local campaigner for the Borough of Tunbridge Wells

Ben is the parliamentary candidate for Tunbridge Wells and is fighting to win the seat in the next General Election.

A well known local campaigner Ben has an impressive track record of standing up for Tunbridge Wells. First elected to the Borough Council in 2010, he is now the leader of the opposition and a well-known thorn in the side of the ruling Conservatives.

Ben lives in Tunbridge Wells with his wife Jane and two sons who attend local state schools. He is passionate about education and works as a teacher at a Kent secondary school.

Ben prides himself on acting on residents’ concerns. He led the local Lib Dem campaign to get the derelict former cinema site in Tunbridge Wells demolished. 15,000 residents signed the Lib Dem petition forcing the council to take action on the town’s number one grot spot. Ben and Tunbridge Wells Lib Dems campaigned for doorstep glass recycling which was recently introduced by the local council.

For too long Tunbridge Wells has suffered from the Conservative one-party-state. Ben and the Lib Dem team are determined to hold them to account and get a better deal for our town.

Ben was born in France to a British mother and French father. Ben is bilingual and grew up near Paris. He moved to the UK when he was 13 years old. Ben is a committed European.

Ben went to secondary school in Sandwich (Kent) before studying French at the University of Kent in Canterbury. After completing teacher training at the University of Cambridge, he returned to Kent and started his teaching career in a secondary school in Tunbridge Wells as a French teacher. Ben currently teaches Spanish and French in a Kent school.

Ben was first elected councillor on Tunbridge Wells Borough Council for St James’ ward - where he lives - in a by-election in 2010. He was re-elected in 2012 and 2016 and is the leader of the opposition on the borough council. Ben most enjoys spending time knocking on doors to find out the issues that matter to residents.

Before becoming a councillor, in his free time, Ben was a national league rugby union referee travelling the length and breadth of the country. He also refereed abroad including a tour in South Africa.

Ben is married to his teenage sweetheart Jane and they have 2 young boys.