The Liberal Democrats of Tunbridge Wells held their annual dinner on Friday, March 3rd at the Warren in Tunbridge Wells. Dick Newby, the leader of the Liberal Democrats in the House of Lords, gave an inspiring speech to the local organisation. He noted that the Liberal Democrats are now the only party at the centre of English politics and have made huge gains in both members and supporters. They also gained more donations on a national level than Labour in the last quarter.
Lord Newby has been at the forefront of the efforts by the Lords to curb the extreme exit from the European Union which is being pursued by the Conservative government. The Lords proposed amendments to the bill allowing article 50 to be triggered* which would have given European nationals living in Britain the right to remain. The Liberal Democrats are strongly opposed to human beings being used as bargaining chips in the negotiations, both in the U.K. and Europe.
* European Union (Notification of Withdrawal) Bill 2016-7 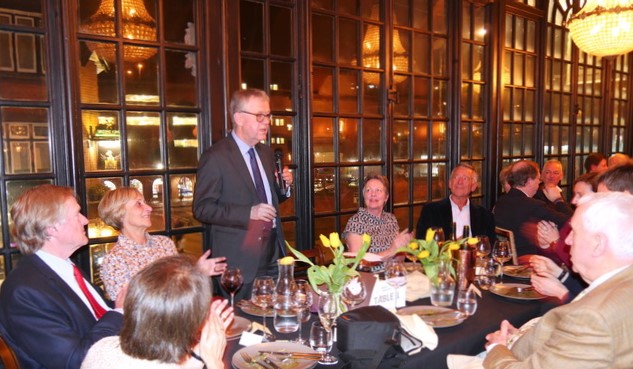