County Council elections, Thursday 4th May
Elections are won and lost because of people’s perceptions of who will win and who will lose. It becomes a self-fulfilling prophecy! I would urge you to find the time to vote on Thursday. Your vote really does matter.

I am standing as the Lib Dem candidate in Tunbridge Wells North. I live in Tunbridge Wells and I love my town. The Lib Dems are fighting the election on collapse of local services, transparency on the local council, problems with social adult care and children's services and the right of people to plan their own community. If you vote for me I will fight for…

2. Affordable and sustainable homes with the right infrastructure

3. Cleaner environment through better cycling provisions and a low emission zone on the A26

4. Increasing the social care budget by bringing forward the £700m allocated for 2019

See my video here. To find out where your nearest polling station is please see here.

Local Lib Dem membership soars to 312  in total.  Most of these have joined us since May 2016 and more recently since the Referendum result and the declaration of the general election. See our parliamentary candidates interview here.

The government has been ordered to publish tough new plans to tackle air pollution after the high court rejected attempts by ministers to keep the policy under wraps until after the general election. Tunbridge Wells is greatly affected by air pollution because of traffic congestion. I am passionate about introducing clean air zones, in particular, St. John's Road and London Road, and welcome this ruling.

The Tory led council at Southborough Town Council just made a pledge that the residents of Southborough would not pay a penny more in council tax for the building of the new town centre development.  I  will hold them to account on this guarantee that the costs of the replacement Hub will be fully funded by the sale of council owned land as promised.  Southborough desperately needs a new town centre to reinvigorate business and create a community  hub that will contribute to its wellbeing of which we can all be proud.

I want you to vote for me, Marguerita Morton, on Thursday 4th May, because I will get things done.  Don't leave it to someone else as they might be leaving it to you.

We are the only party who will stand up for EU citizens' rights to live, work and stay in the United Kingdom. 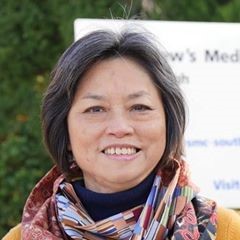