Local residents must have a stronger voice in the planning process

Christopher Hall is a senior manager at AXA Health in Tunbridge Wells. He has lived in Ramslye in Broadwater ward since 2016. Chris is Vice Chair of the Tunbridge Wells Liberal Democrats and a campaigner for Broadwater. 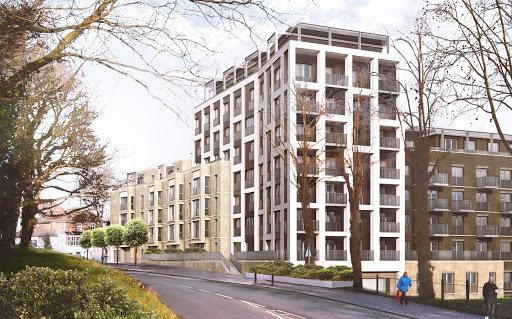 Rising from the Pantiles and no more than a stone’s throw away from Broadwater, we’re starting to see the new Dandara 1887 apartment complex come to fruition. It’s no Trump Tower by any means, but high-rise living has never really been a part of our town’s urban landscape, so it comes as something as a shock when you approach the building from the south and get a real eyeful of this new structure. It really does reshape the way the Pantiles looks and feels. The building dominates the smaller historic buildings nearby that make the Pantiles the gem that we all know it for.

To anyone living close by, it’s a daily symbol of how distant and removed the whole process of local planning has become and it strikes many as a mystery as to how it could ever have been permitted to be built so high. Whatever you think of it aesthetically, I’m sure the apartments will eventually sell out but what benefit do we, the residents of this town, get from these developments? Certainly not, on this evidence, accommodation built to meet local needs or that fits a sustainable future for the town.

Something in the planning process is broken.

As we saw with the Conservatives’ failed office/car park/theatre project at Calverley Grounds, people want more democratic control and less top-down decision-making about the future shape and direction of the urban landscape. Sadly, the Government’s new planning proposals published this year could impose house-building targets on our town based on a standardised calculation, without any consideration of the impacts. And after the A-level exam fiasco, does anyone still trust algorithms? But you can’t fool all of the people all of the time.

In Ramslye, where I live, land has been allocated in the Council’s Draft Local Plan to build 270 new homes and a secondary school in the fields next to us, an area which is Green Belt land as well as an Area of Outstanding Natural Beauty. Local volunteers (the Campaign Against Ramslye Development) have already organised a well thought through campaign to protect our green spaces against any inappropriate development in the area. It’s a positive step in making sure residents’ voices are heard.

Does it have to be this way?

The late Liberal Democrat councillor for Broadwater, Peter Crawford, championed an approach to replacing demolished blocks of flats in Ramslye where the choice of developer was sympathetic to the local area, and the housing, both in style, quality and suitability, took into account the views of local residents. A vital local post office and shop was also saved.

If we are to face a house building boom in the next ten years, we need a similar approach: realistic about any housing targets set, consideration given to the impact on the environment and with local residents fully involved in the process of selecting what kinds of developments are suitable for their area so that people of all professions, incomes and stages of life can make their home here.