Putting People First. After speaking to thousands of people across the Borough the Liberal Democrats have published their manifesto for Tunbridge Wells. 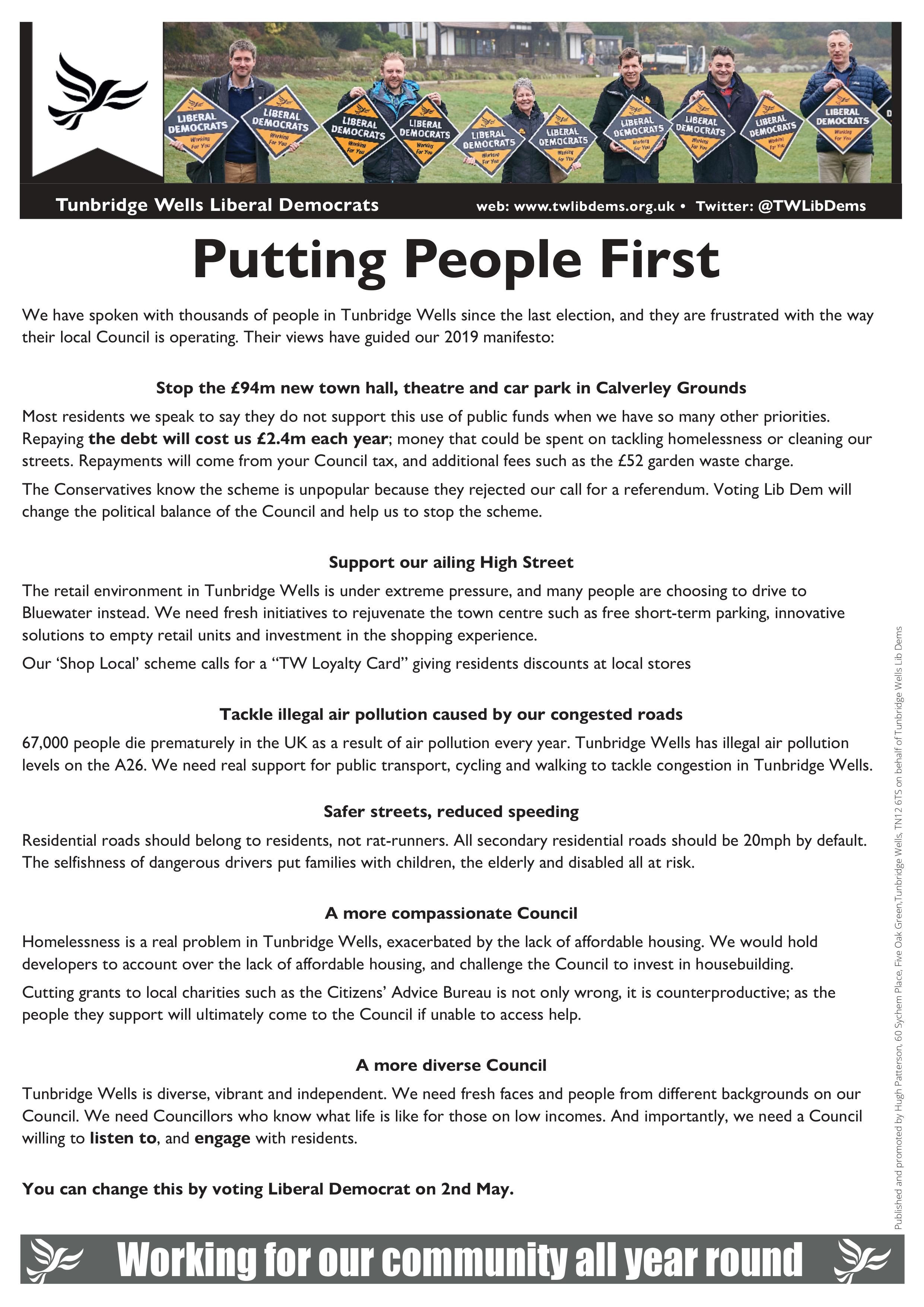 All EU citizens can vote in the local and Euro Elections

All EU Citizens, including those from other EU Member States, can vote in the EU Elections, and in local elections too.

Some people don’t know that.

Are you or anyone that you know who lives here a citizen of an EU Member State other than the UK?
If so, are you all registered to vote in the Elections to the EU Parliament on 23 May?
Are you sure?

If you are a non-UK EU CITIZEN and you are NOT registered you need to register NOW to vote in the EU Parliamentary Elections using either of the ways below.

If you are not already registered you are too late to register for the Local Elections on 2 May.

My name is Marguerita Morton and I am of Chinese origin.  I came to live in Tunbridge Wells in 1964 so have been resident here over 40 years, with some years having being spent in Canada and the USA.  My daughter attended Claremont School and Tunbridge Wells Girls Grammar School.   It is crucially important to me that young people have the best education in life.

Tunbridge Wells borough council has 15 female councillors out of 48.  I want to improve on that.  The council should reflect the people that they represent and not be dominated by traditional male politicians.  I have many years of business and professional experience which I hope to bring to the council and have served as Southborough Town Councillor for 8 years.

I do not want to saddle the next generation with an unsustainable level of debt on the new Civic offices and theatre for years to come risking our services.  What people want are clean air, a viable town centre, less congestion, and affordable housing.

I know that parents are worried by the lack of road safety and pollution on the A26 and that is preventing children getting to school without harm to their health.  I will promote Kent Active Travel to enable healthy travel on foot or bicycle for short journeys and bus for longer journeys.  Bus travel is a priority for town and country alike.

I'm Rachel Sadler, and I've been campaigning with the Lib Dems for nearly a decade. I've been involved in many campaigns, both locally and nationally, and am an approved parliamentary candidate.
I've run in various elections, most notably when I was the PPC (Prospective Parliamentary Candidate) for Tunbridge Wells in 2017. I came third with over 5500 votes, a 1000 vote improvement compared with 2015.
My main priorities for Park, in no particular order, are as follows:
1. To continue to campaign for an end to the civic development
2. To campaign for more affordable housing, using brownfield sites where possible
3. To provide better facilities for homeless people locally, for example modular housing
4. To reduce parking issues by improving public transport for all
5. To fight to prevent cuts  to local services
Vote for change on 2 May 2019, vote Lib Dem in Park ward, Tunbridge Wells
Add your reaction Share

Gillian Douglass to Stand in Park

I live in Tunbridge Wells and want to see it thrive. I'm particularly interested in the Park ward of the borough council as I grew up there and, nostalgia aside, it is a beautiful area of Tunbridge Wells with some lovely parks and beautiful old, and new, buildings. I have worked with the Liberal Democrats for several years and held the post of chairperson for the last three years. I am also an approved parliamentary candidate for the Liberal Democrats.

Recently, I've become more and more disillusioned with the government on all levels - national, county and locally. I'm particularly concerned about investment in the proposed civic development, lack of investment in infrastructure such as roads, schools and public services as well as the issues with retail development in the town. We need a variety of housing for our growing population and solutions for everybody, including social housing and shared ownership schemes.

There are two seats up for election in Park this year. Rachel Sadler, the former Tunbridge Wells Liberal Democrat prospective parliamentary candidate and I are both standing. We are both socially conscious, forward looking and keen to embrace creative solutions. We have both campaigned on a variety of issues, including the development of the old cinema site, recycling and environmental issues. We want an inclusive community in Tunbridge Wells that embraces our heritage and welcomes visitors as well as catering to our residents. We want policies that are friendly towards young and old, families and single people. A Tunbridge Wells for all.

If you want to see a real opposition to the Conservatives in Tunbridge Wells, vote Liberal Democrat on May 2nd.

I have lived in Tunbridge Wells for 14 years with my wife and two sons. I  commute to London several times a week to run a technology business and Chair the Tunbridge Wells Liberal Democrats. I’m also Secretary of the Tunbridge Wells Foresters Football Club in which many of the boys and girls of our Ward get their weekly fun and exercise.

You’ve told me what you care about most in the Ward and across Tunbridge Wells over the last few months and so my priorities as your Councillor will be: (1) improved roads, pavements and parking (2) reduced congestion and pollution, (3) better thought out new developments.

EUROPE - WHY STAYING OPEN AND TOLERANT IS VITAL

Brexit has led to uncertainty and worry for many of our town’s citizens.  In Kent we are closely linked to Europe both physically and culturally - this will not end because of Brexit, and we need to continue to recognise and embrace the diversity and tolerance of our local communities and support our local businesses in their trade with Europe.