Here are extracts from my presentation to the Tunbridge Wells Borough Council planning committee last year. As I plan to stand in Park ward for the borough elections in May, my views may be pertinent to local residents.

In Tunbridge Wells, we have a brilliant civic site - with the library, museum, adult education centre and town hall grouped together - along with a theatre which is also used as a gathering place for large meetings. The Tunbridge Wells Borough Council is now proposing to divide this civic space into two spaces - one to include the library, museum and adult education centre and another for the town hall, theatre and office spaces. Public facing services will be accessed via the new cultural hub and the business of the council will be conducted down the street behind closed doors. The council plans to close the Gateway. The Liberal Democrat motion for a public referendum on the proposed civic development was denied.

Apart from the fact that there are some serious questions about the suitability of the proposed new building, the town hall does not need to be placed on expensive property in the centre of town as there are no plans for public facing services. It could be relocated to Pembury, Hawkhurst or Paddock Wood. Further, the business proposal put forward seems overly optimistic considering that Tunbridge Wells is an hour away from the west end and some of the best theatre in the world.

Once again, the council has failed to properly maintain and update a building, causing it to fall into disrepair to build a case for replacing it. Personally, I do not like the architecture of the current civic development and would prefer the Decimus Burton houses that stood there before the town hall, but demolishing a building on the basis of its design and the fact that it hasn't been properly maintained does not seem to be in the public interest.

I understand that the current theatre is not fit for purpose but suggest that we do not need a 1200 static seat theatre in Tunbridge Wells but should, instead, be looking at a much more flexible space since we are unlikely to attract first run shows.

Finally, we should consider the fact that this will put a prominent building on a well-loved park in a conservation area. Despite the fact that it has been designed in two blocks, it still creates a large mass where there was relatively open space. For the residents, it may well seem as though they will have a Mela every night of the week with a much larger volume of night time traffic, particularly up Mount Pleasant and Grove Hill Road. 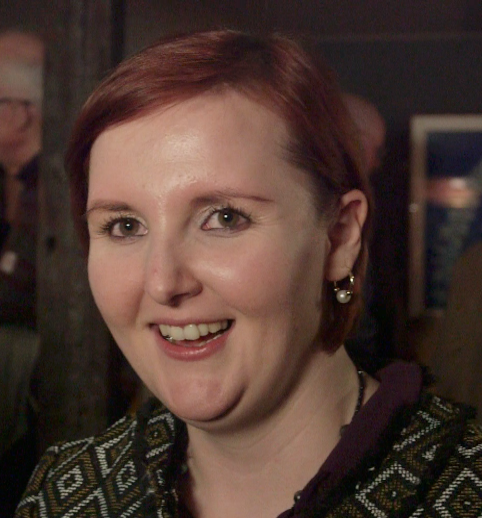 Join the Liberal Democrats tomorrow to march for a people's vote. Councillors Ben Chapelard and Mark Ellis with some of our members and supporters will be taking the 10:09 train from Tunbridge Wells (10:12 from High Brooms). The march will start in Park Lane at noon and walk to Parliament Square. Information can be found here. Please join us!

Dave Funnell Speaks Out for Rusthall 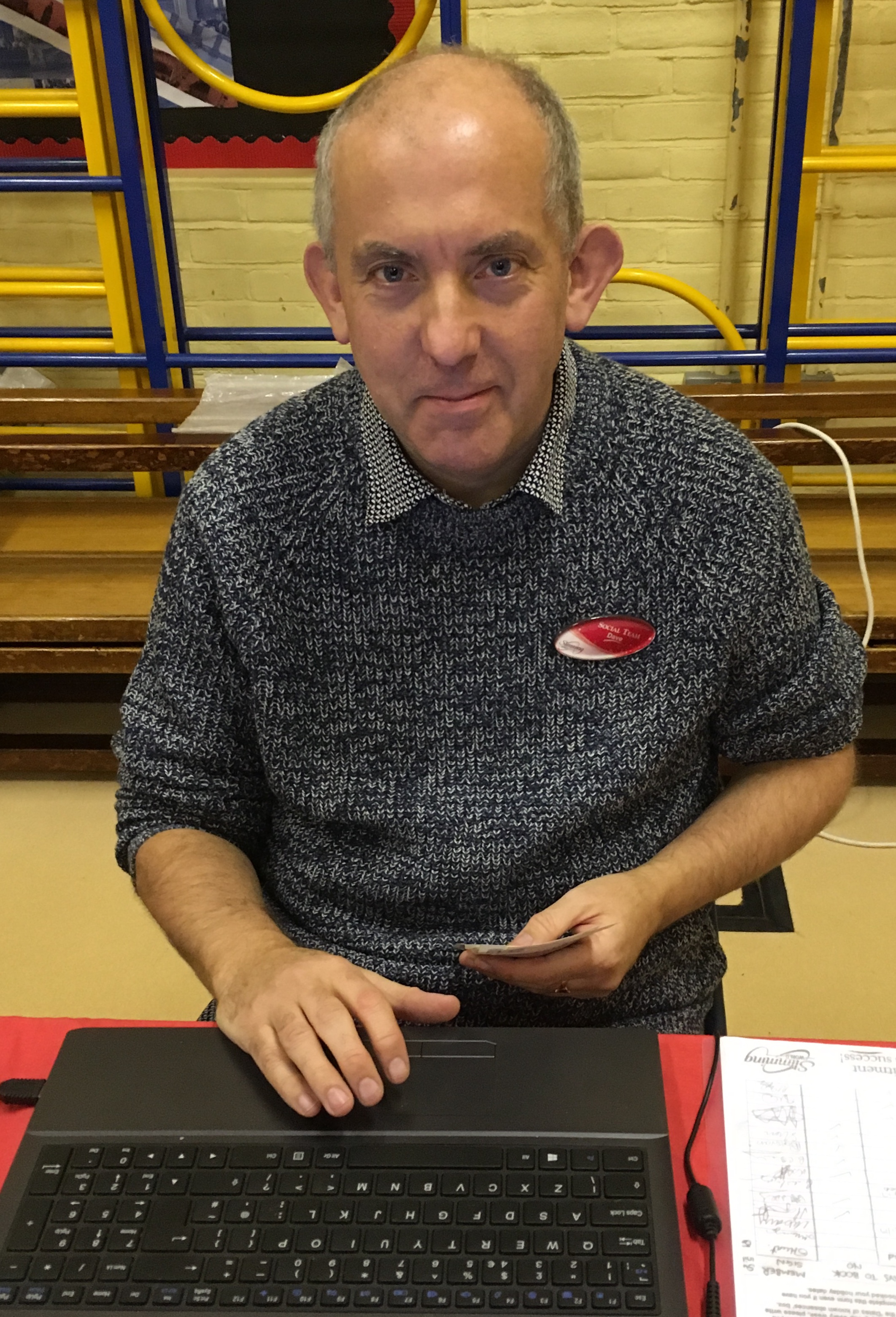 Dave Funnell, a former civil servant walks down Rusthall High Street. It’s a walk he’s done often being Rusthall born and bred. Dave grew up and has spent his whole life living in the village surrounded by an extended family.

He believes in shopping local and supports many of the village businesses groups and associations. "There really is no better place to live in Tunbridge Wells for a wonderful community spirit."

Dave intends to stand in Rusthall as the Liberal Democrat Candidate and for Rusthall Parish Council for the forthcoming elections in May and wants to be able to continue in a family tradition and try to serve the community as best he can. He, alongside his wife is currently a General Committee Member of the Bonfire and Fete Group (something his aunt and uncle helped to start over 40 years ago). Dave also volunteers with the elderly lunch club and the library plus is also involved with other community groups in the village.

"Having lived in Rusthall all my life, my neighbours and my community’s concerns are naturally my concerns. When I talk to people on their doorstops, they voice the very same concerns I and my family have had. Three things that come up constantly are: - speeding, parking and congestion."

Dave has volunteered for the speed watch campaign and does his training within the next two weeks. One issue he really wants to address is speeding in the village via the 20 is plenty campaign and other traffic calming measures working alongside the Parish Council.

After several years of sustained pressure from the Liberal Democrat opposition, Kent County Council has finally agreed to accept monthly payments for the Young Persons Travel Pass (YPTP) in the coming year. This will come as some relief for parents faced with an inflation-busting £60 increase in the cost of the pass to £350 in the next school year from September.

Under the new arrangements, parents will be able to pay the total £350 cost in 8 monthly instalments payable from August 2019. There will however be a £10 administration fee for those paying by instalments.

The Lib Dems first proposed payment by instalments some 5 years ago. Although the Conservative Administration acknowledged this need, the costs of the passes have continued to rise each year without any scheme for monthly payments being introduced up to now.

Tunbridge Wells Lib Dems press officer, Dr Alan Bullion, said: “The new £350 charge will be a heavy burden for many local families. We hope the new monthly payment scheme will make budgeting a little bit easier when finances are tight. We also welcome the decision to scrap plans to impose a £400 charge for travel passes for young persons over the age of 16 with special education needs or disabilities (SEND). We recognise that local government finances are tight, but our council tax bills are rising again this year above inflation by almost 5% to help pay for vital services, while Kent is having to find emergency funds in the event of a no-deal Brexit to keep these services running smoothly as possible across the county.”

Local party chairman Andrew Hickey added: “The £350 charge represents a 21% increase year-on-year in a year when the official inflation rate is 1.8%. It is highly likely drive more cars onto the road. The bus services are currently so patchy and unreliable that many kids get off the bus early, or don't get on it at all, due to delays from congestion and frequent road repairs. The winter is a lottery of late school arrival. It also disproportionately taxes lower-income families who have no means of relief, while wealthier families who have their children in local private schools are unaffected.”

It is certainly a shock that after just 11 years that the renewed TN2 centre may be shut to the public for good. This comes on top of the proposed drastic reduction in library opening hours at Sherwood from the current 28 hours per week to 15. There are also negative implications for library services at Showfields, Paddock Wood, Rusthall and Pembury, as well as other branches across the borough.

We lose our local library services at our peril, as they are vital for continuing education and literacy for all age groups, as well as their social aspect in providing a sense of community and combatting loneliness. I write as a journalist and published author, who has lived on Sherwood now for over 30 years, and who valued local library services growing up as a teenager on a council estate in Tonbridge.

Many families can no longer afford books for their children, while we have seen schools asking parents to provide textbooks in a time of education funding cuts. Increasing numbers of people also no longer buy newspapers. And Sherwood is also an area like Showfields where there is a higher than average number dependent on Universal Credit for their daily needs.

Indeed, I find the current crisis as outlined in the Courier with regard to TN2 as something of a mystery. Contrary to what is stated, there are quite a few regular and ongoing bookings at the centre. Also, there are hundreds of new houses and flats both in the surrounding area and on the nearby Knights Wood development. I wonder if sufficient outreach is happening to local people who have recently moved in and might as yet be unaware of the services available and how to use or book them, or whether there is another agenda to gradually run it down and then simply sell off the site altogether for more housing?

It will be at least two years or more before the new arts and cultural centre opens its doors in the Town Centre. So in the meantime it is vital that the housing estates and villages keep their local library services open and that these are all not eventually centralised to somewhere it may be difficult for many to reach except by an long, expensive bus journey.